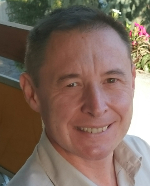 Henri Boulouet has developed a formal framework for the development of technical-scientific methods systematically relativized, willing to implement MRC principles as established by Pr. Mugur-Schächter, he has been working with since 2007. This framework is named Relativized Systemic (RS).

As an RS application, Henri has developed a Relativized System Engineering (RSE) method, dedicated to the design of mechatronic artifacts. RSE has been tooled after a specialization of RS language (RSE language) and the resulting IDE was successfully experimented on operational projects within the automotive industry. Nevertheless despite the technical achievement and the support of the designers, and because of the gap with the current methods and the changes in the organization entailed by RSE, the management decided not to go on with the experimentation.

Henri Boulouet has been a system engineer in the automotive and aeronautic domains, in the defense and civil industries since 1993. He got a PhD in information science, defending RS thesis in 2014. The limitations he noticed when trying to use current methods to meet mechatronic design process needs, have moved him to look for operational and scientifically brand new solutions from 1997 in order to improve the mastering of the projects. 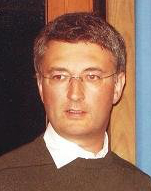 Vincent Brindejonc actively participated in one of first RSE applications in 2001-2002. From 2006 to 2010 he focused on the reengineering of safety methods within the RSE framework. This conceptual integration drove him to introduce a clear conceptual distinction and dynamic articulation between safety and reliability analysis, based on RSE concepts of biopsychic description and technical description.

Vincent Brindejonc strived to introduce some of RSE aspects within the ISO 26262 normalization process. He participated in the prototyping of RSE applications as proof of concept. PSA management’s decision to stop RSE development in 2010 didn’t make it possible to come up with a tooled integrated solution. He then got strongly involved in the scientific work of RS thesis as a quite attentive reviewer of RS formal developments and as a jury member of RS thesis.

Eric Campo led from 2006 to 2010 the technical design of RSE Integrated Development Environment (RSE IDE). He focused on the general process of specialized languages generation out of RS language, as the basis for the design of IDE appropriate to a targeted application field. RSE IDE is an example of what such a paradigm can yield, when considering mechatronic system engineering. Languages were formalized in MOF-ECORE (Meta Object Facilities) and developments were conducted in Topcased environment. In the case of RSE, it led to the full wrapping of UML Rhapsody editor from IBM (I-Logix originally), benefiting from UML semantic extension capabilities, so as not to develop a specific tool.

Eric Campo, through this work, got deeply involved in RSE conceptual design and, beyond, in the considerations of the metaphysic entailed by such a systematically constructive and relativizing approach. After the unexpected stop of the experimentation in early 2011, he stayed an attentive and constructive proofreader of RS construction, which generalizes to any physical description the algebra that underpins RSE (RS thesis by Henri Boulouet - 2014).

Eric Campo is an engineer in electronics and computing from Polytech Nantes. He has worked on embedded software design and system simulation. He is highly specialized in C and object oriented languages (C++, Java, UML, …) and related development frameworks (Qt, Topcased, Eclipse, …) with a strong knowledge in real time architectures and associated tools (Matlab, Simulink, VHDL, …). 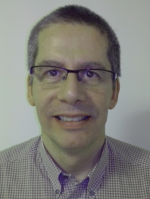 Fabrice Fleuchey has designed a tooled method for the management of multi-party projects, focusing on the collaborative design of complex systems. This method has been developed within the MRC-RS framework. It can potentially be extended to the broad domain of Knowledge Engineering. It tackles the specific stake of keeping under explicit control the genesis and the usages of concepts and models. This method is named Relativized Information Management (RIM).

RIM has been experimented and deployed in automotive industry since 2006, to the great satisfaction of designers and project managers (more than 400). RIM and RSE (Relativized System Engineering), designed after the same framework, form together a global engineering and project management solution. Nevertheless the conceptual gap with the traditional way of thinking and the changes in organization it entails, have driven the management note to carry on implementation beyond the experimental stage.

Fabrice Fleuchey is an electronics engineer from ENSEA with various experiences in development of embedded mechatronic systems (automotive, aeronautic and space, defense and civil industries) since 1988. His confrontation with hazards induced by the impossibility to fit organizations and processes to stakes and his frustration in regard of the inefficiency of classical management methods have moved him to look for operational and scientifically well founded solutions from 2000. Fabrice first focused on neurosciences to come up with a workable paradigm. The necessity to ground his relativized approach in a strict formalism in order to make it operational, drove him to adopt MRC and its formal extension RS, as a methodological framework. 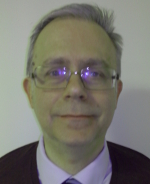 Bruno Massy de la Chesneraye has worked for 5 years with mechatronic CPU designers at implementing Relativized System Engineering (RSE) method in specification processes. He has specifically focused on enforcing RSE paradigm in the structure of the requirements and in the organization of the technical documentation. He demonstrated that RSE could be applied with great profit to existing organization, without any specific tooling, when an automated generation of the documentation or an automated testing process is not deemed necessary. He also participated in the design of the automated process of generation of the documentation, out of formal RSE models, to make sure it fits user’s needs and can be regarded as a smooth and valuable extension of the raw process of redaction.

Bruno Massy, despite the experimentation has been stopped since 2010 and despite the gap with current recommendations (based on functional analysis), has kept on working with technical designers at their specific request. He keeps on training people and has formalized RSE paradigm in guidebooks.

Bruno Massy is a generalist engineer from Ecole Centrale de Nantes (ECN) with a specialization in automated production from ISMCM (Saint-Ouen). He has mainly worked as a quality engineer in the embedded software and mechatronic systems field. He has accumulated numerous experiences in the automotive, avionic, space and defense industry since 1986. His frustration confronted with the inefficiency of classical System Engineering methods and their lack of any scientifically rigorous rooting have moved him to look at RSE initial framework in 2005, and to get involved in RSE and RS initiative ever since. 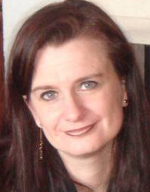 Nathalie Gollentz dedicated herself in 2009 and 2010 to the RSE formal description of product human usages (biopsychic descriptions). She focused on the description of the automated configuration of the driver’s cab and on the description of an advanced conductor assistance system. Her deep understanding of RSE and her knowledge of the operational conditions drove her to design and conduct efficient didactic training sessions. Engineers and technicians fully unaware of RSE background were made able to take up operationally RSE basic principles in the design work of services at the vehicle level.

Nathalie Gollentz is a graduate from INSA Lyon. She has been versed in System engineering theory and applications throughout her career. RSE project was also for her an opportunity to see how an object oriented computer language such as UML can be semantically extended to implement a formal method such as RSE. Since RSE stop in 2010, she has worked on the modelling of embedded system HMI in the infotainment domain of the automotive industry. 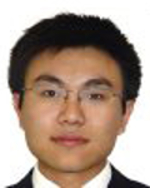 Guarui Hou contributed from 2006 to 2008 to the prototyping of an RSE Integrated Development Environment (IDE). He focused on the development of contextual HMI to guide product designers in the modelling process of RSE formal specifications (business oriented logic, inconsistency detection, check of verifiability criteria…). Beyond this work, he got involved in a proof of concept focused on the electrical braking system).

Guanrui Hou is a graduate from ENSIAME (engineering school of the University of Valenciennes, France) specialized in industrial computing. He started his career with the RS project. Since the project was stopped in 2010, he has dedicated himself to the tooling of the embedded HMI design process in PSA, in the automotive infotainment domain. 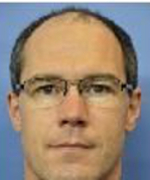 Yann Rogard introduced RSE in PSA in 2005. His own experience had led him to understand that functional analysis can’t help mastering the design of complex mechatronic systems. He was looking for a solution off the beaten track. As a manager within the electronic service dealing with the car interior embedded systems, he was the RSE project manager from 2005 to 2008. He especially dedicated himself to the setting up of VETESS project with external partners and official services. Thanks to his action, the project was labelled by the French pole of competitiveness Véhicule du Futur and received a funding of one million euros from the Fond Unique Interministériel (FUI) in 2008. Then, the PSA management of the electronic department decided to stop RSE project.

Y. Rogard is an electronic engineer, specialized in microelectronics, graduated from ENAC and IAE. He has got specialized in the management of engineers’ teams in charge of electronics and embedded system developments. Since 2013, he is working at ALSTOM as a Traction Control Command Manager.